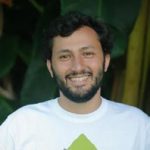 About Giulio Vita (Director & Programmer)Giulio (Italy, 1988) grew up in Venezuela. He studied journalism in Caracas and Cinema in Madrid. He deals with Communication and Cultural Management in all phases: from the conception to the implementation of projects that have a positive social impact. Expert in turning good ideas into excellent realities.

We work with cinema and illustration using culture as a vehicle to promote our values of participatory democracy, integration and accessibility. Guarimba, in venezuelan indigenous language, means “safe place”.e: giuliovita@laguarimba.comlaguarimba.com

About the Program; MigrArtiMigrArti was an initiative by the Italian Minister of Culture created in 2016 with the aim of promoting integration between the refugee population and the locals. This program is a selection funded by MigrArti. A set of stories about the italians that represent the so called “Second-Generation”.

Since 2015, extra (almost a thousand hours) were put into Bahasa Indonesia subtitles for all films that are selected to be screened for public. More than 200 short films that are screened with Bahasa Indonesia subtitles every year. Since 2018, Minikino collaborates with Teater Kalangan for live and recorded dubbing of few selected films to be screened in Balinese language for pop-up cinema audience in villages around Bali during Minikino Film Week. Meet the people behind the subtitles and dubbing. They will be sharing the process, challenges, and joy of their work.

Teater Kalangan is a Bali’s well known performing arts group. The name “Kalangan” derives from a Balinese word which translates into ‘a gathering space’. That name was chosen to represent the theater’s creative process which tends to emphasize on the exploration of the alternative space as the object of their performances.

IMAGE FORUM FESTIVAL: A PAUSE, A SPACE IN BETWEEN

A selection of film works made by visual artists which have been presented in the recent editions of the annual Image Forum Festival in Japan. Here many artists make comment on the their environmental, socio-political and daily space in relation to the body.